HomeBlogBeing Unbanked and Underbanked in the US: What Are the Disadvantages and How to Mitigate Them? 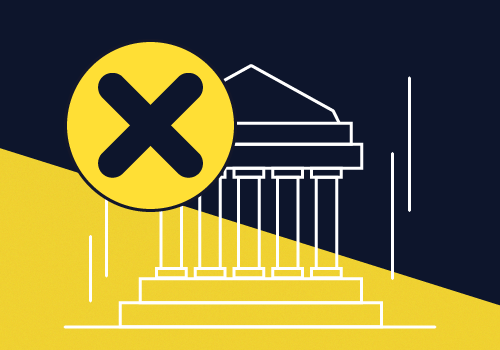 Being Unbanked and Underbanked in the US: What Are the Disadvantages and How to Mitigate Them?

Most unbanked individuals state that they don’t earn enough to meet minimum balance requirements and account maintenance charges. Regarding employment-based immigrants, the common obstacle is their ineligibility for service at a bank or credit union due to the absence of SSN.

In general, the percentage of unbanked households in America isn’t that high. In 2020 Federal Deposit Insurance Corporation (FDIC) reported that 5.4% of the entire population don’t own any checking or savings accounts. However, there’s a much more discouraging statistic for the Black and Hispanic residents as the percentage of unbanked people among them is around 12% – 13.7%.

In their independent study of 2020, Faber and Friedline pointed out the unfavorable costs of banking services in the areas inhabited by minority groups. That’s surely the prime constraint for them to obtain a bank account. Most unbanked individuals state that they don’t earn enough to meet minimum balance requirements and account maintenance charges. Regarding employment-based immigrants, the common obstacle is their ineligibility for service at a bank or credit union due to the absence of SSN.

To help unbanked individuals support themselves and their families, we offer some tips on non-banking online services. Read this article to discover how online and mobile fintech solutions can back you up with paying bills on due, transferring funds, and carrying out online purchases – all without an active bank account.

What Does It Mean to Be Unbanked?

The status of “unbanked” means that people either don’t use or don’t have a checking or savings account at their disposal. So basically, there could be circumstances demotivating them from dealing with traditional financial institutions apart from legal restrictions. Such could be a lack of trust in mainstream financial services or their disconnection from the particular demands of consumers.

A significant share of the world’s unbanked population lives in low or mid-income countries. In contrast to developed countries, the low financial inclusion in developing ones mainly stems from the poor quality and representation of bank service infrastructure. Such are, for instance, Sub-Saharan African republics like Burkina Faso, Benin, and others. In Asia, Afghanistan, Bhutan, Bangladesh, and some other states also have the lowest representation of banking institutions.

Unquestionably, the low average income of households in developing countries also accounts for one of the reasons people go without bank accounts and deposits. Inner financial crises also undermine the stability of local financial institutions. What’s worse, too many times, people’s deposits weren’t reimbursed from the deposit insurance fund.

Conversely, the states with a minimal rate of unbanked people have an impressive average income of households and perform economic stability throughout the decades. It is easier for their citizens to grow their savings and subsequently invest extra profits in different assets through the banks. According to Statista, Norway, Sweden, Finland, Netherlands, and Denmark had the lowest rate of unbanked people in Europe in 2021. Canada, in its turn, shows the best statistics in North America.

Poor financial literacy is rarely a case for people’s reluctance to deal with banks or credit unions. Neither accessibility of bank branches should be considered as a reason for low financial inclusion: there’s an ability to open bank accounts in most US trusted institutions completely online. Most likely, adults cannot afford or avoid bank services because of:

Apart from those mentioned above, there are specific hindrances for immigrants when applying for a bank account opening. You may follow our previous post, where we’ve given a detailed guideline on what SSN and ITIN numbers are needed for and how you can become a bank client with ITIN only.

How Do I Get a Digital Wallet
The great thing about e-wallet software is that it is distributed for free, and signing up won't cost you a dime.

Why is Being Unbanked a Problem?

Although the unbanked population groups can rely on payday loans and cash-checking services to go without credit cards and checking accounts, getting by in such a way is much more costly. Alternative financial services (AFC) such as short-term loans can supply customers with immediate cash. But eventually, they hit already low family budgets with additional debt. That’s not to mention strict settlement terms and enormous fees, as payday loan services usually charge around $10 – $15 for every $100 borrowed.

Unfortunately, staying unbanked means that individuals cannot leverage the credit line or get a high-interest savings account. And that puts them in front of numerous challenges from a short and long-term perspective:

To conclude, applying for a bank account opening would be prudent from a long-term perspective. Even though you can rely on cash checks and money orders from your supporters, you’ll need to find a way to maintain, manage and grow your savings. Obtaining a savings account will immensely strengthen your financial safety and make creditors consider you a trusted borrower.

When somebody is referred to as “underbanked,” it typically means that the individual does have a savings/checking account but prefers AFC to cover the random overspending. As a common practice, underbanked people may use physical or virtual prepaid debit cards if they wish to avoid overdraft fees or have an alternative to a bank-issued card for online purchases.

On most occasions, underbanked people might be used to relying on money transfers or quick loans as a way to help them get by. Alternatively, they see no point in using credit cards or participating in savings deposit programs. It might be explained by the lack of trust in banking services or exorbitant service fees.

Conversely, mobile remittance services and digital wallet apps can offer a more consumer-friendly fee policy and simplified finance management. Let’s look at tangible benefits they may provide to the unbanked and underbanked.

Benefits of Digital Wallet Apps for the Unbanked Population

And most importantly, using a mobile wallet will cost you nothing: these apps don’t charge installation fees and don’t require you to load the initial amount and maintain a minimum balance.

Regarding the benefits of digital wallet use for immigrants, we’ve already outlined how they can immensely facilitate settling bills from abroad. On top of that, we recommend choosing these products for more accessible and convenient outgoing/incoming remittances. E-wallet apps surpass conventional money order services in many aspects as they are:

Get IPSIPay app to Offset the Downsides of Being Unbanked / Underbanked

IPSIPay is the ultimate mobile payment and international remittance solution designed to suit the needs of both bank-served and unbanked people. You can leverage a mobile wallet account to avoid banks’ monthly fees for their deposit and saving accounts. If you already possess the US saving/checking account with the IPSIPay app, you can offload money from the mobile balance for only a 1$ fee in 2-3 business days.

Apart from that, IPSIPay offers:

Manage your earnings effectively with the IPSIPay app installed from the AppStore or Google Play.